The golden corns of autumn 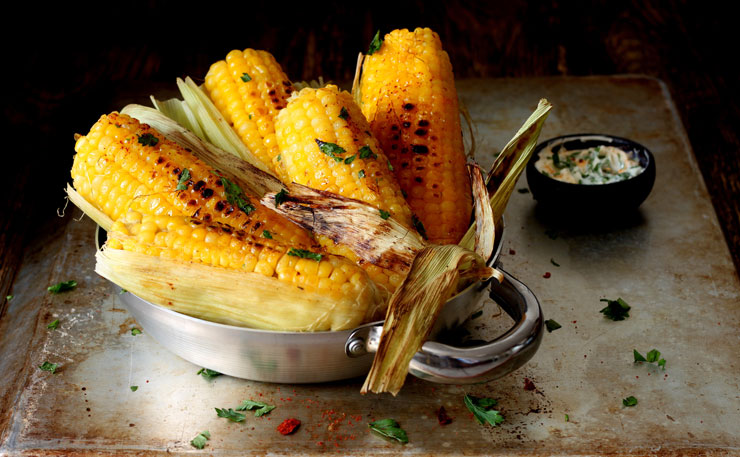 Corn is a food that one could describe as having a “split personality”. In its grilled version, it belongs to the vegetable category, while in its popcorn form it belongs to the cereal grain category. No problem! Its nutritional value is in any case invaluable. Rich in fibers and antioxidants, corn is most of all tasty – bordering on delicious! Think about it in a different way: corn -in a magical way- can bring us to a state of joy, even euphoria. Picture a child, walking hand in hand with his grandmother, munching an ear of roasted corn; or a teenager, enjoying corn at a concert, or even while zooming across city squares on his skateboard… These are images depicting optimism. They are pictures of joy in which corn is the superstar.

What do we know about corn

In English speaking countries it is known as Maize. In Greek it is officially called “aravositos”, which means “The Arabs’ Wheat”. Corn is in fact a cereal grain with American origins belonging to the Gramineae and Genus Zea family. 5.500 years ago, it was cultivated by the Incas, the Mayas and the Aztecs. It was brought to Greece around 1600 from North Africa and is now grown primarily in the areas of Macedonia, Thrace, Central Greece and Peloponnese, while its production reaches 1,5 million tons.

Corn in our nutrition

-We can enjoy corn steamed or roasted. Its roasted version calls for a grill and coarse salt. But it is just as good roasted in our home grill with a fine crust of parmesan.

– Corn always has a place in salads, no matter what kind they are. Steam or boil it, remove its kernels and enjoy it over a green salad, or with couscous, quinoa or any kind of bean salad with hard boiled eggs.

-Its gourmet version takes the form of corn soup. Garnished with truffle, it is a delicacy appreciated by select few.

– Corn patties are crunchy and delicious. They are best accompanied by a yogurt sauce with fresh thyme and lime. Alternatively, go for vegan burgers with made of corn. They are out of the ordinary, delicious and exceptionally nutritious.

– But corn cannot be absent from a spicy chili con carne, when you invite your friends for a Mexican evening: Spicy minced meat with red beans and corn, tortillas for wrapping and margaritas for clinking glasses! Cheers!

We use cookies to make your experience even better on our site. Read More